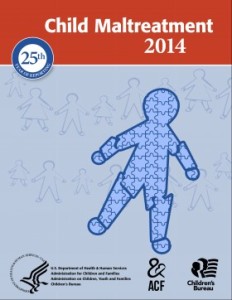 More than half of the states reported increases in child abuse and neglect victims; however, the largest increases were attributable to just a handful of states.  Eight states had an increase in victimizations of 15 percent or more; similar patterns exist for the increases seen in referrals and children that are screened.

When states submit their data, they also are afforded the opportunity to submit commentary that may provide context to the data published in the report.  The states’ commentaries suggest that policy changes related to intake, screening and investigations as well as increased public awareness are factors affecting the reporting of child abuse and neglect.

Prior to the release of the report, Rafael López, commissioner of the Administration on Children, Youth and Families, reached out to the child welfare leaders of states with the largest changes in numbers of referrals or reported victimizations. “We wanted to hear directly from state child welfare leaders about what was happening on the ground and better understand the factors contributing to these numbers,” said López.  “The states confirmed the information submitted in their commentaries.  The states also pointed to the co-occurrence of substance abuse, mental health issues and domestic violence as factors that are contributing to increases in victimizations.”

“We need to shift our focus to the front end prevention of child abuse and neglect and make sure that families get the help they need when they need it.  We are receiving information from states and our grantees that will help us to identify and address co-occurring risk factors so children can thrive in loving, safe environments free of abuse and neglect,” said López.

The Administration on Children, Youth and Families (part of HHS’ ACF) is currently working with states to address parent drug use, mental health and domestic violence connected to the increases.

(Content of this post is from a public release dated January 25, 2016 from the Administration For Children and Families)